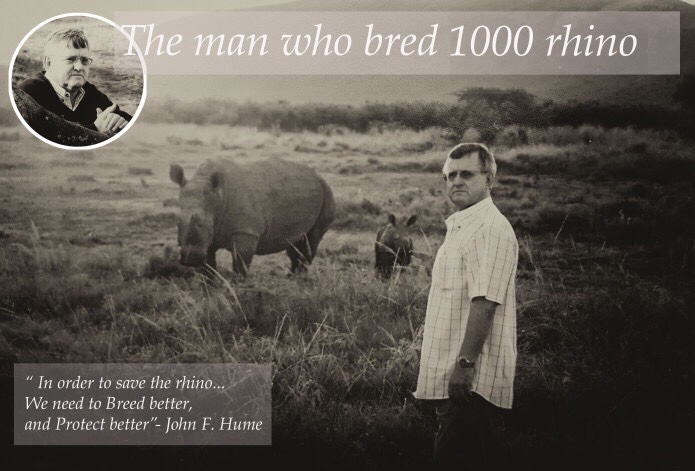 In 1993, John Hume, a South African property developer, acquired his first rhino. For the next 13 years, he successfully bred 143 rhino calves from a breeding herd of 130 Southern White Rhino.

To date along with his dedicated team, he has successfully bred over 1000 rhino and we currently see about 200 new rhino birthed every year. 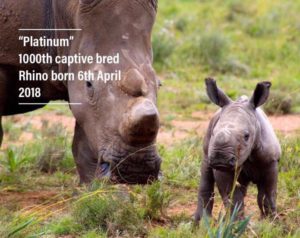 Due to the success of our breeding operation and around the clock security we have only seen a limited number of poaching incidents.

We currently protect 10% of the White Rhino population left on earth. On average our breeding program adds 1% to the global white rhino population every year.

All our rhino have trimmed horns for their safety. The process is painless and the horns grow back at a rate of 10cm per year. We are however not allowed to sell our legally harvested horn on the international market. As a result, it is not profitable to ranch with rhino and our successful breeding program currently runs at a R5,000,000.00 loss every month. 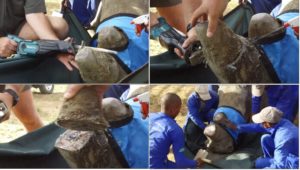 Unfortunately due to the international prohibition on trade in rhino horn, dead rhino are worth more than live rhino. A live rhino now sells for as little as R100 000.00 on auction in South Africa while a poached rhino can fetch upwards of US $400,000.00

White Rhino CBO is currently deprived of an income for breeding and protecting rhino for generations to come.

After personally investing well over US$150 million, John Hume, “The Man Who Bred 1000 Rhino”, has reached the end of his financial wherewithal to continue self-funding this breeding and protection project. 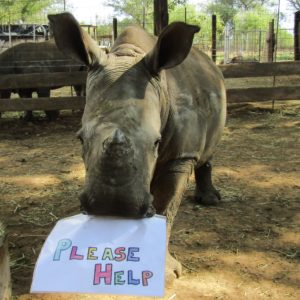 He has appealed to the world to please help to insure the survival of this KEY 1 population, until the South African government will finally assist our project with much needed help to start generating an income which will be regulated by international law.

Mr Hume and the entire team here at White Rhino CBO want all Rhino to live long and happy lives. Our Rhino, are your rhino! 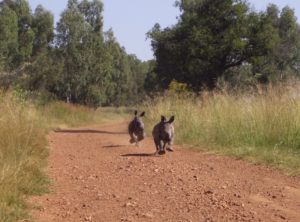 Please join us in protecting our heritage so that future generations, including our children and grandchildren will have the privilege of seeing wild rhino in their natural habitat for many years to come.

You can play your part in helping by making a small contribution.